skip to main | skip to sidebar

Women and the Technological Revolution 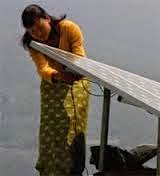 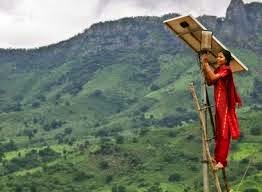 We are told that women may soon bid farewell to existing methods of birth control and welcome a new type of contraception in the form of microchip implants. An MIT start-up backed by the Bill Gates Foundation plans to start pre-clinical testing for the birth control chip this year and pave the way for a possible market debut in 2018.
The fingernail-size microchip implant -- measuring 20 x 20 x 7 millimetres -- holds enough 30-microgram daily doses of levonorgestrel—a hormone already used in several contraceptives—to last for 16 years. Women who receive the implant under the skin of their buttocks, upper arm or abdomen would also get a remote (wireless) control that allows them to halt or restart the implant whenever they like. The technology includes secure encryption to prevent outsiders from blocking or reprogramming the implants wirelessly. As an added precaution, the remote control can only communicate with the microchip implant across a distance equivalent to skin contact.
Can this new application for microchips potentially revolutionise the level of control women have over their reproductive functions? Or is this another example of intervention and control over women’s bodies, by what has been considered by many feminists to be a “patriarchal”, that is a white male-dominated scientific establishment?

Read more »
Posted by Reihana Mohideen at 7:21 PM No comments:

The Political Crisis and the Impasse of the Philippine left

While Walden Bello’s resignation as Akbayan congress representative should be welcomed, it has also exposed the crisis and failure of the left and progressive movement to put forward a viable alternative to elite rule. Furthermore, it has exposed the failure of the pragmatic electoral politics of the Philippine left.

An important question which needs to be posed is, how can the left respond to this latest political crisis and steer it in a progressive direction, so as to benefit the masa and not some faction of the ruling elite? Given that the major elite factions are unable to present a credible alternative, this provides the left with a unique opportunity, to present and win mass support for a left alternative to elite rule.

Another feature of the current crisis, however, is the political crisis of the left itself. For several decades now the left has been facing a crisis of its own, unable to develop the strategy and tactics to win mass support for a progressive alternative to the crisis-ridden system.

The left’s electoral tactics based on a ‘win at any cost’ formula, justifying the brazenly pragmatic deals with traditional politicians, has failed: from Bayan Muna's alliance with Gloria Macapagal Arroyo, when they were the official party list of the GMA-regime enabling them to win the largest number of seats of any left bloc in congress, to Akbayan's alliance with President Noynoy and the Liberal Party. Bayan Muna and the Makabayan bloc have not been able to surpass their approximately three million voter 'base' and break through to winning a seat in the senate. Akbayan garnered less votes in 2013 and did worse in the senate ratings, when they were part of the governing Liberal Party coalition, than in 2010.

Looming in 2016 is another potential electoral debacle for the left with some sections contemplating electoral alliances with the Binay dynasty, the ultimate trapo and even Duterte, a neo-fascist.

The opportunist electoral tactics of the left have been extremely damaging. It has prevented the left from effectively using the electoral arena to develop a left-progressive and anti-neoliberal political-electoral alternative in the country. It has also contributed to the demobilization of the mass movement, the lifeline of the left. It has weakened the left as an effective political force, incapable of mobilizing to the point of seriously challenging and making a dent in the system of elite politics in the country.

The left is therefore a part of the problem. It mirrors and manifests the political crisis we face today.
The Inevitable Failure of the Noynoy Regime

The crisis facing the Noynoy regime has been brewing for some time now. The Napoles revelations about the pork barrel scams exposes the entire political establishment  as being utterly self-serving and corrupt.

The pro-US foreign policy of the regime is exemplified by the Enhanced Defense Cooperation Agreement, which some have argued concedes more of our national sovereignty, than even the agreements made by the Marcos dictatorship in the establishment of US bases.

The Mamasapano debacle further exposes the extent of US intervention in our national affairs under the guise of the "war on terror", with the compliance of Malacanang, leading to an all out war situation in Mindanao. It may have effectively derailed the passage of the BBL and any possibility of an interim peace in Mindanao.

Adding to this we have the climate crisis and various issues relating to the inadequacy of the government’s disaster response, massive unemployment, especially mass youth unemployment, the infrastructure and the energy crisis and the long-term critical problems facing the run-down public education (now K12) and health systems.

Laments about the Philippines being the “basket case” of Asia meanwhile reflects the desperate poverty, hunger, malnutrition and homelessness that destroy an increasing number of the population.

When elected, many predicted that there would be a political crisis at some stage during the Aquino presidency. This regime is a typical post-Edsa-type regime: committed to neoliberalism and unable and unwilling to take on the dynasties which control the political system. The underlying problems  of the system are simply perpetuated under the Aquino government. From the very beginning the competency of the Presidency, now revealed for its bungling and ineffectuality, was also in doubt. The demobilization of the mass movement, partly due to Akabayan’s coalition with the governing party, could have been a factor that staved off the crisis well into the President’s second term.

Mamasapano is the latest in a string of issues around which this regime has lost mass support. Mamasapano is not only a failure of leadership. It’s also an indication of the depth of the crisis of the entire socio-economic and political system of Philippine capitalism. It once again demonstrates that no pro-elite, pro-capitalist regime in this country is able to provide any long-lasting solutions, or even put in place the first and necessary steps, to address the Bangsamoro quest for self-determination.

The failure of the Noynoy regime in this instance has also created a dangerous situation with the far right now on the offensive. This is a reminder to us that if the left cannot provide an alternative, there are others, such as the far right, who are waiting in the wings to seize the opportunity to do so.
The Left at an Impasse

The situation facing the left today is grim: a smaller and diminishing organized base; a demobilized mass movement; and no prospects of any significant electoral support in the lead-up to the 2016 elections. The left, in its current position, is unable to advance an alternative in the face of the political crisis facing the Noynoy regime and the elite opposition. The left is at an impasse.

This will involve ongoing discussion and an honest assessment of the problems we face. It will mean being prepared to get rid of formulaic ways of conducting political work and activity. It will require a completely non-sectarian political outlook. We need to relearn and learn new ways of conducting political activity, new forms of campaigning and being prepared to test things out. We have to be able to reach out to newly radicalizing forces and foster and encourage the growth of new movements. This is a very different approach to raiding them when they emerge and carving them up between various left factions. We have to conduct intensive and sustained awareness raising and educational activities, different types of propaganda activities. We will have to make a big push back to the streets, real mobilizations of those beyond our own base and the NGO funder-driven stunts that pass for “mobilizations" of the left today.

Key elements of an alternative politics have to necessarily:

1.      Challenge the control of the clans/dynasties/oligarchy over our political system and the dictates of economic neoliberalism,
2.      Place the revival of mass struggles and the movements at the heart and centre, such that they can pose a serious challenge and become a counterweight to dynasty politics and economic neoliberalism, and
3.      Actively use the electoral arena to propagate an alternative politics, so as to raise the issues, raise people's awareness and steer the political terrain in a progressive direction.

The broad organizational form of this new political centre could be a political-electoral coalition of the left and progressive forces.

There are theoretical and even ideological implications, in relation to the socialist aims of our struggle, that we will need to discuss. How do we understand twenty-first century socialism in the Asian and regional context? How do we popularize socialist ideas in the Philippines today and win over a new generation to socialism? What are the transitional demands that orient an alternative politics towards socialism?

Some of the lessons of the most advanced struggles against neoliberalism and for political alternatives today, such as those in Latin America and Greece, based on new political forces and the renewal of the left, need to continue  to inspire and inform our political course.

Reihana Mohideen
I have restarted my blog, after a long break since 2012. A socialist and feminist activist and writer, Philippines. My blog photograph has some historical significance -- it was taken inside the Miraflores Palace, the official residence of President Hugo Chavez, in Caracas, Venezuela, October 2008. I was waiting, with a group of colleagues, to have a meeting with the President.